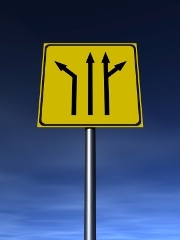 How quickly we make decisions and the team member’s level of agreement to these decisions impacts project performance and team cohesion. Software development is an exercise in information exchange and decision making. Also, since software projects have no tangible, emerging product moving down a production line, the communication and decision making process becomes more critical to keep everyone informed and engaged.

Agile methods utilize many tools to promote effective communications including: co-location, daily stand-up meetings, planning workshops, retrospectives, etc, but less is written or taught about decision making. However, if team members are not canvassed for their opinions we run the risk of alienating portions of the team leading to reduced levels of commitment and participation, and potentially missing an important new perspective that could help avoid pitfalls further on. This post outlines the importance of team based decision making and outlines a couple of simple tools to get you started.

Agile methods favour more team empowerment and less command-and-control direction. This increases satisfaction and productivity, but raises the need for effective decision making. Without a project dictator, how do teams make decisions and move forward?...

Total agreement on all issues and decisions only works for so long; sooner or later mechanisms for making tough decisions yet still keeping everyone engaged are required.

Simple voting “For” or “Against” by a show of hands is easy, but often misses an opportunity for decision refinement. It strives for a result too quickly and can miss a better third alternative. Perhaps someone has a suggestion to tweak the options being voted on? A simple “For” or “Against” vote omits refinement as an integral step. As a partial solution we could agree to all discuss our thoughts before voting, but for the majority of no-brainer decisions this is time poorly used. I vote “No” on this approach.

Using a simple show of thumbs up, down, or sideways around the room is a much faster way of achieving a simple vote. People with a thumb sideways are then asked why they could not make up their mind. Sometimes they are just neutral, other times they have a conflict, concern or questions that needs further investigation. This approach is quicker than polling everyone for input, as most people will have no concerns and just want to move forward.

Jim outlines a great decision making tool in his Agile Project Management book. A representation of it is shown above. Using this model team members are asked to indicate with tick marks where on a spectrum from “fully in favour” through “mixed feelings” to “No, veto” they feel about the decision at hand. This is an effective model because it allows people to indicate support for a decision and air their reservations at the same time. Giving people an opportunity to register their concern is an important component of achieving agreement to go forward while respecting dissenting views and keeping everyone engaged. People indicating they are not entirely in favour are then invited to share the concerns, but often just being able to register reservations is enough to allow people to commit to a new direction.

The spectrum can be created on a whiteboard with tape and permanent markers and then easily reused for multiple decision making sessions.

The Fist of Five approach combines the speed of thumbs up/down with the degrees of agreement from the Decision Spectrum. Using this approach people vote using their hands and display fingers to represent their degree of support.

A small problem with this approach is that two standards have emerged and so you really need to be clear upfront if 5 fingers means “full agreement” or “no, stop”. One model (popularized by the American Youth Foundation) registers support by finger votes, a fist (no fingers) means no support, 5 fingers means total support and a desire to lead the charge.

The other popular model registers resistance or objection to an idea, one finger means total support, two fingers means support with some minor reservations we probably need not go into, 3 fingers means I have concerns that need discussing, 4 fingers means I object and want to discuss, and 5 fingers (an extended palm like a stop sign) means stop, I am against this decision.

At the recent APLN board meeting in Salt Lake (the subject of a future post) David Spann facilitated a decision process using the Fist of Five method (having first explained which version we were using) and greatly speeded along the decision and consensus building process.

So next time you are faced with decision making in a group setting consider these tools. While they will not guarantee the conversion of that stubborn team member (you need five fists for that!) they will at least provide a quick and effective process.

Remember: not involved => not committed. We need to find ways to get people involved and committed to important project decisions.

Often times the reason a team member is procrastinating about making a decision, is because they haven't understood the facts and/or don't know how to follow the decision making steps to come to a reasoned decision.

The answer is to educate them. 1. Make sure they understand all the facts. 2. Teach them the steps to making a decision. 3. Introduce them to a decision matrix that weights the different aspects contributing to the decision.

These methods should be used before trying to put a number to their level of uncertainty.