Living the Theory of Constraints 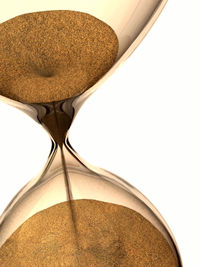 This past week I have had an opportunity to experience some hospital process control and contrast it with traditional project process controls. In doing so, I saw many instances of where today’s projects that exhibit uncertainty could be better managed via prioritization and collaborative decision making than preset plans.

How did we get to Traditional Project Management?
Project management is a fairly young discipline, yet because its repeatable process scales so well, and is easy to duplicate and automate; it rapidly became the dominant process for running projects. Frederick Taylor published his studies on “Scientific Management” in 1911 outlining the process of decomposing complex work into simpler and simpler steps until localized labour could be employed to perform each simple task. Embraced by Henry Ford and others, Scientific Management became the prevailing way of problem solving for entire industries.

It was not until the 1950’s when Peter Drucker and then later Michael Porter convinced the world that centralization and command-and-control structures were flawed. Respect for workers and a holistic value based view of systems can produce better results and more sustainable organizations. Yet traditional project management persisted.

Finally Eli Goldratt and Peter Senge introduced the world to the Theory-of-Constraints and Lean processes. They explained that most incremental process improvements will often yield no or only minor overall system improvements. Instead by focusing on the one or two bottlenecks (constraints) in a process, major improvements can be obtained.

To date, project management has been largely governed by only Tayloristic, command-and-control, “plan the work, work the plan” views of projects. It is only recently that value based approaches and constraint removal ideas of agile and lean methods have begun to be embraced. Yet other industries have not been afflicted by the simplicity of Taylorism.

Healthcare Is Different
Some professions are not defined and repeatable. While the process for car manufacturing may be studied, decomposed, and mapped out with clear instructions to follow; the ailments of patients are unpredictable.  So we see examples of plan based, value based, and constraint based processes in action.

My Experience
I thought I was pretty fit, I mountain bike, climb, and run competitively. Two weeks ago when running some hill repeats I experienced chest pains. Encouraged by my wife to get it checked out, I saw my doctor who referred me to a cardiologist. Last Thursday at my evaluation I was flagged for additional follow-up (despite having never smoked, being skinny, exercising lots, and having low cholesterol), so I was put on a drip and oxygen and taken to hospital in an ambulance.

All I could think of was “Man, I don’t need this, I have Steering Committee meeting today and I am parked in a $1.50 per half hour spot!” Perhaps this was a clue into my real risk factors?

Anyway at the hospital I entered triage. Here’s an example of a prioritized feature list in action. We have a whole bunch of people that need working on, but they have different priorities. Business value for a hospital is not simply how many people they can throughput, but instead saving lives and making people better are generally valued more. As such they work on the high priority cases first before they get sicker or worse.

Having a couple of paramedics and a bunch of tubes in me must have bumped me up the queue and I was quickly assigned a bed. I have had a persistent cough for 4-5 weeks and so one possible explanation was pericarditis – inflammation of the sac that contains the heart and can lead to chest pains. However to rule out anything more serious an angiogram was suggested that injects dye into the heart and looks for constrictions in arteries that would be a sign of heart disease or heart attack.

So I agreed, cancelled my Steering Committee meeting and stopped calculating what my parking charge was. My angiogram was scheduled for the next day and I spent the night in hospital.

Queuing Theory
The cardiologists work with a queue of patients. They cannot plan the work they will do with each patient to any great accuracy because it will depend on the outcome of the exam. Some people will show clear arteries and after the exam will be discharged. Others will require medication; some will require an angioplasty (widening an artery by inflating a balloon inside it). Yet others will require stents (metal tubes to keep the arteries open) or bypass surgery to treat the restriction. (In Queue Theory terminology we would say that Service Time varies.)

Given this uncertainty they have to use a time buffer strategy for planning work. Given the probabilities of each outcome they can schedule, say 10 angiograms a day knowing that 4-6 will require additional work. On projects we experience similar uncertainties in task duration and  often attempt to buffer estimates with contingencies and Best, Expected, and Worst case estimates for work by employing weighted means.

Much like iteration planning, if people scheduled for one day cannot be processed in time for that work day (iteration) they will be placed back in the backlog of candidates for the next iteration. Here they get reprioritized and hopefully processed the next day. Because everyone is scheduled in priority order it should be the lowest priority cases (if any) that get bumped to the next day (iteration).

I was second in line on Friday for my angiogram. The process is a marvel of modern technology; they poke a guide wire and a tube (catheter) from an artery in your groin into the heart and then inject dye to check for constrictions. If that sounds a little painful and gross it sure beats having your rib cage opened up to inspect the heart.

The Theory of Constraints
With me they found a 73% constriction in one of my coronary arteries, significant enough to perform angioplasty (widening an artery by inflating a balloon inside it) and then inserting two metal stents to try and keep the artery open. This is a classic case of the Theory of Constraints, by looking at the system as a whole we find a constraint (in my case a constriction) that was a major impediment to system performance, by fixing this bottleneck, we increase the performance of the whole system much more than incremental improvements to, say: diet, exercise, and a collection of other factors.

I was extremely fortunate; I very nearly blew off my chest pains as a result of my cough. I very nearly did not want the angiogram once they explained what the process involved and what the risks were. Yet, it could have saved my life. I run, bike, hike and ski in the Rocky Mountains, often by myself, and could have been heading for a heart attack a long way from anyone.

My problems are not fixed, I have the risk of this coming back, I cannot make the biggest lifestyle benefits of stopping smoking, losing weight, starting to exercise, and eating right since I do them already. However with medication and monitoring this risk can be better managed now I know it exists. It is now a known-unknown (a risk) and opposed to a unknown-unknown (an uncertainty).

Thanks Giving
This all started last Thursday (November 27), US Thanks Giving day and I am very thankful for those who encouraged me to get my condition checked and those who provided my treatment.
This may not be the best description of alternatives to traditional project management approaches, yet maybe this story can help persuade one other person to pay attention to chest pains, in which case it could be my most important post.

Good points. I'm glad to hear you're feeling better. It's definitely a wake up call to me. I'll have to book that medical checkup I've been putting off.

It is good to hear from you again. Yes, get that medical done! At least for some peace of mind.

I was alarmed reading your post, but fascinated at the same time.
Only can someone like you be so calm and evaluate the procedures in a hospital, as they are being applied to you. A true professional ;)

Get better and get lots of rest. The mountains will still be there for you when you return.

All the best, JR

Thanks for your comment. I’d attribute the calmness more to Valium than professionalism, but I was also very fortunate to have access to such good care that puts you at ease.

I’m doing fine now and have been given the doctor’s all clear to resume gym work and climbing which is an early bonus.

Great post. My son had a fractured collar bone from a basketball game on Friday last week. As we were waiting in the doctors office, he asked me why we had to wait so long. I took the opportunity to explain how the system was optimized for the utilization of the constrained resource at the hospital - the doctor - and not for the convenience of the patient. It was a great educational opportunity.

Sorry to hear about your troubles - although your analysis of a hospital system made me smile. I'm surprised that you didn't find things to optimise while you were there. Keep well and keep writing.

I just read this post. I'm sorry to hear you had these problems, but so glad that you are feeling better now. All the best!!