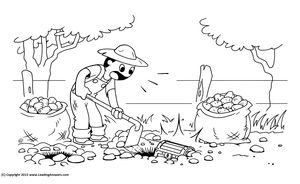 Apollo 13
Apollo 13, the third manned mission by NASA intended to land on the moon that experienced electrical problems 2 days after liftoff. An explosion occurred resulting in the loss of oxygen and power and the "Houston, we've had a problem" quote from astronaut, James Lovell (that is widely misquoted as, "Houston, we have a problem".) 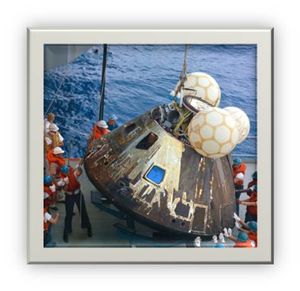 The crew shut down the Command Module and used the Lunar Module as a "lifeboat" during the return trip to earth. Despite great hardship caused by limited electrical power, extreme cold, and a shortage of water, the crew returned safely to Earth and while missing the main moon-based scope, it was a very successful rescue, allowing for future missions. Clearly, this was a remarkable achievement, but the original project goals were not met. Lovell now recounts this story at PMI conferences under the very apt title of “A Successful Failure”.

Shackleton and the Endurance
Ernest Shackleton lead the entire crew of his ship Endurance to safety after being trapped in the Antarctic ice, journeying to Elephant Island, and then leading an escape party to South Georgia. The epic journeys and perils of spending nearly two years unsupported in the Antarctic with no loss of life and many acts of selflessness established Shackleton as a cult figure and role model for leadership today. 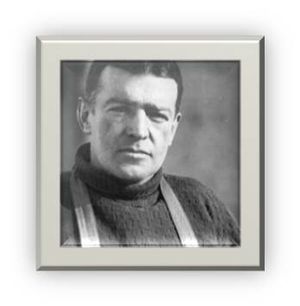 Yet, upon his return to England in 1917 he was vilified for deserting the country during a time of war and hiding out at the South Pole. Controversy surrounded his career and he died in debt, largely unrecognized for his heroic leadership. Only later did people come to recognize the extent of his deeds and the obstacles he and his crew overcame.

The parallels with the Apollo story are striking, an exploration mission turned into a survival and rescue mission. A legacy of persistence, hope and fortitude.

Titanic, the Movie
This film was six months late, massively over budget and finished with a bloated 194-minute running time. Seemingly not a good performance given the original schedule, budget and scope requirements. Yet the film turned into an enormous critical and commercial success, winning eleven Academy Awards, including Best Picture and became the highest-grossing film of all time. This shows us that often business benefits are only realized after the project has been completed. 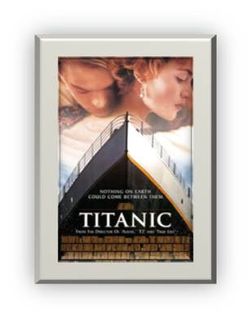 Iridium Satellite Network
In the late 1990’s Iridium LLC pulled off an amazing technical project. Through investment capital from companies like Motorola, this private company raised over $5 billion, developed and placed 66 satellites in orbit, created handsets and produced the worlds first commercial satellite telephone system with world wide coverage. This massive project with huge technical risk was delivered on time and pretty much to budget, with a high quality product that worked exceptionally well. 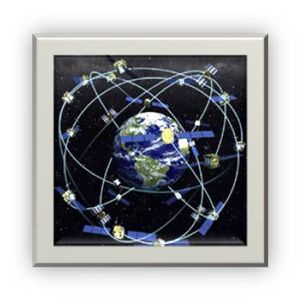 Yet the company did not do so well. In 1998 with Iridium phones costing $3,000 and international calling rates of $7 a minute, the company had only 15,000 customers before going bankrupt. Several failed bail-out plans were proposed, it looked like one idea to dispose of the satellites by crashing them into the atmosphere where they would burn up on re-entry might go ahead. Eventually a buyer was found and for $25 million (about half a penny for every dollar it originally cost) a consortium purchased and turned around the network through lower costs and higher user numbers.

Was this project a success or failure? It was not a great success for the original Iridium company who did all the hard work, pulled off an amazing engineering project and then sold it for half a penny for every dollar they invested. Yet it was technically successful and created a useful legacy.

Sydney Opera House
This world recognized landmark and iconic tourist attraction seems like a shining example of success. Yet it too was a failure by the viewpoint of budget and schedule. In 1956 the construction was estimated to take about five years at a cost of A$7 million. It was eventually completed 17 years later at a cost of A$102 million. 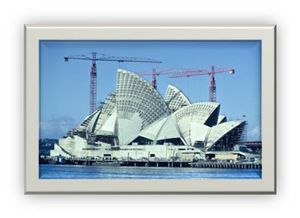 So, almost 15 times the estimated budget and 12 years late, but look at it, what a landmark, an architectural statement and asset for Sydney and Australia in general - a true lasting legacy.

Two elements emerge from these examples. There is a bigger picture view beyond the immediate project and the act of leaving a legacy.

The Bigger Picture
The Iridium satellite phone system failed commercially despite being on time and budget because the bigger picture business plan failed. The Titanic movie was late and over budget, but went on to become amazingly successful. Often the true evaluation of a project is only available well after the project has finished.

Leaving a Legacy
A common thread through these stories is that leaving a legacy is an important component of project success that is overlooked by analytical measures of budget, time, scope or product quality. Of course legacies can be good or bad, a legacy of unmaintainable code or disgruntled customers is not what we are aiming for. Instead a legacy of doing the right thing (Apollo, Shackelton) or creating something highly valued (Sydney Opera House, Titanic movie, etc) means a lot to people.

Stephen Covey reminds us that all people have four basic similar longings:

This last point, to leave a legacy that feeds the soul, captures the spirit of creating something good.

Leadership experts James Kouzes and Barry Posner, authors of The Leadership Challenge, and A Leader's Legacy talk about the importance of leaders in aligning vision to encourage high performance. Great performance comes from the team view of some better state to get to.

If you are like me, a regular project manager, who is unlikely to ever lead expeditions, create block buster movies or build iconic architectural landmarks, we can try to manage our projects to a couple of simple guidelines. First, consider the big picture rather than looking for a narrow window of victory within our project domain. I like the quote “The operation was a success, but the patient died.” To remind me of the uselessness of a project perfectly executed that adds no business benefit. Look out for warning signs of this and always adjust course accordingly.

Second, successful, quality, projects should leave a legacy of goodwill and achievement for all the stakeholders involved. Life will go on after you are done your project, what can we leave behind as our legacy - even if it is just a sense that people were engaged and treated respectfully. This elevates us above many other projects and helps feed the soul, not just for us but for all involved.

(This article first appeared in ProjectManagement.com for their Project Management Quality issue here)