The New Need to be Lifelong Learners 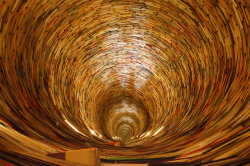 We are a generation who stand with one foot in the outgoing industrial era and one in the knowledge-based future. Training and education that prepared us well for careers in the past will not work in a faster-moving future. Now, we need to be not just lifelong learners, but engaged, active lifelong learners.

The move from industrial work to knowledge-based or learning work can be difficult to see because change does not happen uniformly. Instead, some organizations push ahead, while others lag behind. However, all industries are changing and terms like “Retail Apocalypse” are invented to describe the trend in just one sector.

Some product companies have learned to generate revenue from digital services while many traditional models are disappearing. While I drafted this article gadget store Brookstone declared bankruptcy and Apple became the world’s first publicly traded trillion-dollar company, with Amazon close on its heels. Each are landmarks along the road to a different future and world of work.

People have been through similar transitions before. The Agricultural Revolution moved nomadic hunter-gathers to farmers. They no longer had to wander around in search of food and allowed for permanent, full-time settlements which changed humanity. I am sure there were many people who rejected the new way of working and elected to live out the remainder of their lives as nomadic hunter-gathers. However, the general population reached a tipping point and changed.

Then came the industrial revolution. Many of the dispersed farmers moved to cities to work in factories. Again, a huge change that did not happen overnight, or around the world at the same time. There were some people left farming, but most transitioned. The next stage was known as the Information Revolution. This revolution focused on information and collaboration, rather than manufacturing. It placed value on the ownership of knowledge and the ability to use that knowledge to create or improve goods and services.

We now live in an era dubbed the Learning Age by Jacob Morgan, author of “The Future of Work”. New technologies are evolving so rapidly that company training departments cannot provide all the skills their employees needed to perform their job in an effective manner. Instead, with the rise of internet-based information and learning, workers have the skills to learn as they go. Capacity to learn and a willingness to self-study are the hallmarks of learning workers. 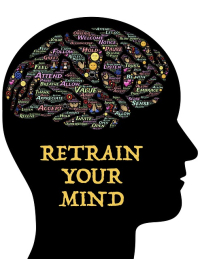 Becoming an active lifelong learner requires more than just a willingness to self-study. It is linked to a totally new mindset and values structure. Susan Cain, author of Quiet (and presenter of my favorite TED talk with no slides,) explains how each work era brought a new value mindset.

The Agricultural work period valued character and hard work. Role models included Abraham Lincoln and self-help books had titles like “Character, the greatest thing in the world”. Then, the Industrial Revolution moved people from small communities into cities, so they now had to be heard and prove themselves in a crowd of strangers. Qualities like magnetism and charisma became important and self-help books had titles like “How to Win Friends and Influence People”. In the Industrial era role models were great salespeople.

Today knowledge, learning, and experimentation are rewarded. The goal is to quickly test new ideas or products and then profit (if it works), or pivot to something else if it does not. Books like “The Lean Startup” and “Blue Ocean Strategy” have become the new how-to guides for people wanting to innovate. In demand skills are less sales or personality focused and more experimentation oriented. Today’s role models are engineers - who would have thought!

The Future of Work and Learning

Futurist Magnus Lindkvist explains there are only two types of development: horizontal and vertical. Horizontal development involves spreading existing ideas to everyone else. 30 years ago, only a few people had cell phones, now most people in developed countries have them. 20 years ago, online shopping was a small segment of sales, now it is huge. 10 years ago, ride-share and gig-economy jobs were rare, now they are commonplace, etc.

There is a lot of opportunity and work for people spreading ideas horizontally to markets or segments that currently do not have them. According to McKinsey research, more than half the world’s population is still offline. About 75 percent of the offline population is concentrated in 20 countries and is disproportionately rural, low income, elderly, illiterate, and female. This is an example of horizontal growth potential to these 4 billion people currently offline. However, once a market is served the challenge then becomes one of differentiation on price, features, and service. Things get competitive very quickly.

The other sort of development is vertical, creating new markets and products that do not currently exist. This is error-prone and uncertain. Most initiatives fail, but the rewards for the successful can be enormous. Since the cost of communications continues to fall, digital markets are global and expanding as more people get online.

Samsung recently announced it is investing $22 billion into emerging technologies such as artificial intelligence, 5G, automotive electronics and biopharmaceuticals as it searches for new products to power growth. Much of this work will be exploratory with high rates of failure, but that is normal in vertical markets.

Workers in these markets are unlikely to have the prerequisite skills since the technologies themselves are still being developed. Instead, the most valuable employees are rapid learners and linkers & thinkers who can take partial solutions from other domains to solve novel problems.

One such example of linking ideas provided a solution to a rare liver disease in children called Tyrosinemia. The condition prevents the body from processing the common building block of protein tyrosine. Swedish doctors Elisabeth Holme and Sven Lindtedt stumbled upon the results from a failed herbicide experiment in Australia.

Chemicals in the bottle brush plant suppressed competing vegetation, making it a candidate for a natural herbicide. Unfortunately, experiments with mice led to eye issues and the product was abandoned, but the failed experiment was documented along with the plant’s tyrosine processing change. The doctors gained permission to run a small study and the results were dramatic, with liver function returning to normal. The failed herbicide became the miracle drug Orfadin that has saved the lives of countless children worldwide.

We need to experiment and document not only our successes but also our failures. Who knows they might be useful to others. Ideally, this information should be openly available which will likely be a challenging concept for many traditional organizations. Even encouraging the sharing of positive experiments can be difficult for old mindset companies that rank staff performance against peers and create competition for resources between departments. In such environments, there is little reward for sharing valuable breakthroughs.

Nucor Steel solved this issue with its bonus pay system. Incentives are rewarded one level above people’s span of control. So, as a plant manager, bonus pay is not based on how well your plant is doing, but how well all the plants are doing. This encourages learnings and breakthroughs to be shared with other plants. It encourages global rather than local optimization. The model repeats at all levels, department heads are not rewarded on their department’s performance but a composite of all departments. The same for team leads and individual workers. Rewarding learning and collaboration has made Nucor steel one of the few successful US-based steel companies. 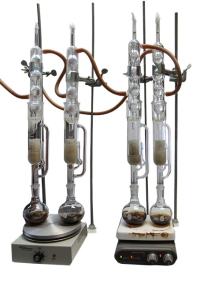 If we are engaged in vertical development, we need to overcome our aversion to failure. As professionals with many years of experience, there is a stigma with failure. We are paid to know our field and deliver positive results, not failures. However, this is legacy industrial thinking. As knowledge workers, we need to be designing and executing low-cost experiments to learn more quickly than our competitors.

Paradoxically, if most of our trials and experiments usually work that does not mean we are great developers. It means we are wasteful innovators. By design 50% of our experiments should fail, this is the quickest path to learning and innovation. Failed experiments tell us just as much (and often more) than successful ones. We should not be duplicating confirmed ideas but exploring new ones. 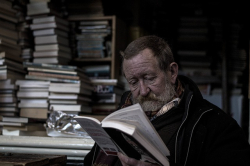 Going forward we need to recognize how people learn best which is through storytelling and visual learning. YouTube’s How-to videos are popular because they combine both elements in a time efficient delivery mechanism.

Harvard Innovation Lab expert Tony Wagner puts it this way. “Today because knowledge is available on every internet connected device, what you know matters far less than what you can do with what you know. The capacity to innovate – the ability to solve problems creatively or bring new possibilities to life – and skills like critical thinking, communication and collaboration are far more important than academic knowledge.”

We cannot predict the future and that’s what makes it exciting. We may not know exactly what technical skills to pursue next, but a couple of quotes that seem to apply include: “Once we rid ourselves of traditional thinking we can get on with creating the future” - James Bertrand and “The essential part of creativity is not being afraid to fail” – Edwin Land. So, go forward and experiment boldly.

I concur with the necessity to be lifelong learners. I previously worked as a manager at Perdue Chicken Farms and my experience there reiterates that point. In an extremely competitive market, it was necessary to remain at the forefront of the innovation curve. Failing to do so would make our current practices obsolete and we would no longer be able to remain competitive in the industry. In the past, we would adopt new practices but weren’t investing nearly as much in new innovations. Our common practices, at most, would change approximately once every 4-5 years but now it’s become extremely prevalent. From our farming practices to our supply chain, it was necessary to be a life long learner to remain relevant in this field.