Home Archives Profile Subscribe About
GOAT18
What’s in your Backlog? 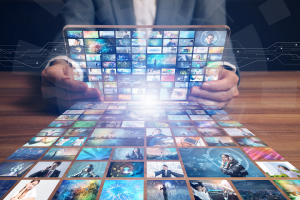 Like TV channels, the choice of project management credentials has exploded recently. 20 years ago things were much simpler, in North America, the PMP was the dominant credential, in the UK and ex British Empire countries it was PRINCE2. Life was straightforward, career paths defined, and credentials well understood.

In 1983 in the US, over 100M people watched the finale of the TV series M.A.S.H. Outside of the Apollo moon landing and sports events, it remains the most watched US TV broadcast of all time. Chances were most people in the office watched it and everyone had something in common to talk about. That was Peak TV, viewer counts have increased since but program choice has exploded much faster. These days there are so many cable choices, on-demand services, YouTube channels, and Periscope sub-streams it seems as if everyone watches something different.

Likewise, project management credentials have proliferated too. Today I discovered 7 different credentials for PMO staff from the same provider. Each (presumably) providing some niche specialization or incremental progression from a former step. Don’t even get me started on Agile certifications which have splintered and multiplied faster than the brooms in Fantasia’s Sorcerer’s Apprentice.

This creates problems for project management professionals and hiring managers alike. How can they compare or rank one over another? Within the PMI community, people know the CAPM® is a foundational credential and the PfMP® is more advanced. However, outside the PMI the situation is complex and rapidly evolving.

Becoming a Certified Scrum Master might sound impressive, but for many people, it merely required attending a two-day class. Yet, at the other end of the spectrum, the Association for Cost Engineers (ACostE) requires degrees or over 30,000 hours of experience (3 times Gladwell’s 10,000 hours guide). This is more like a career quest, rather than a 2018 learning aspiration.

This diversity in experience requirements and study effort along with frequent new offerings muddies the waters of comparison. It would be negligent to simply ignore new offerings since many have been created to fill real needs.

Instead hiring managers likely use unknown credentials as a demonstration of lifelong learning and career change motivation. They may not know exactly what they entail, but for promising candidates, a few minutes on Google should shed light on the credential requirements and process. Unfortunately with the rise of automated and AI-assisted recruitment workflows these candidates might not make the initial selection due to keyword filtering.

If someone was a little sneaky I guess they could state on their resume that their New_Credential_ABC was similar to a PRINCE2 Practitioner, PMP®, or another credential so they pass the keyword scan. Yet, if you were so inclined, you might as well have a section called Future Credentials Planned and list them all along with your Nobel Prize.

It is unlikely TV channels or credentials will ever converge back into a simple collection of universally understood offerings. People want choice and specialization.

If the future of recruiting really will be AI driven maybe a service that ranks, validates and checks credentials will be created to remove the need for hiring managers to do so? It could be constantly updated and evaluated by independent experts to ensure parity. In the meantime, if you have a niche credential or are considering pursuing one, be aware its lack of recognition could be a factor.

Ideally, credentials are just an entry point, beyond which experience and character fit are evaluated. Hiring managers should look for a baseline proficiency but then focus the bulk of their decisions on soft skills evaluated through interviews, etc. We could say it is like making sure candidates have a driver’s license if a job requires driving, it is a prerequisite. Yet we know hiring managers attribute more credence than this.

It is because of this proliferation of credentials and the encouragement to renew and expand that some people are opposed to them. They believe they are money-making schemes for the owners and not reflections of ability or experience. I sympathize to some degree, as stated, at best they are entry points, like drivers licenses, that demonstrate a base level of competence. Yet they are used by hiring managers to qualify candidates. It seems if you are looking to change jobs they are, to some degree, a necessary expense.

For other people, credentials are pursued for personal reasons. Maybe to encourage ongoing development or for differentiation among peers without changing jobs. The list of motivations for pursuing credentials is likely as diverse as the credentials themselves.

More choice is great - until it isn’t. When options and complexity overwhelm our decision-making process we need new tools. Luckily we can learn from other arenas that have complexity. The internet has not unified and standardized the choice of news, entertainment, or services. It has done the opposite and created more choice, enclaves, silos, and choices than ever before.

Fortunately, the internet also comes with tools to search, sort and rank to help us navigate all the diversity.  We need the same with certifications. As television and films proliferated sites like IMDB, RottenTomatoes, Fandango, and Metacritic were created to add smarts and help us choose. Built around expert and personal ratings these sites allow people to sort, filter and view aggregate scores.

Hopefully, we will see the same with certifications. Hiring managers and people looking for the next credential to consider will have tools to help them choose. Whereas films and TV shows are filtered by genre (action, adventure, drama), actors and viewer age recommendations, certifications will have different criteria. Categories such as topics covered, experience requirements, and assessment method are some basic measures. Beyond that user-provided data on market awareness, average study effort, typical salary bands, etc. could be added.

Just as we will not be reverting to only 3 or 4 TV channels again, we cannot expect the diversity in credentials to disappear. Unpopular ones will fail, but more choice seems to be the future. Fortunately, the solutions for managing complexity and too many choices have been modeled in other domains.

Currently searching for “Best PM credentials/certificates/qualifications” yields lots of articles, but no community-sourced tools. That’s likely the future and maybe a project for one of our readers?

[Note: I wrote this article first for ProjectManagement.com here]