Home Archives Profile Subscribe About
My Work-From-Home Mistakes
Can We Still be Agile?

Returning to the (Electronic) Cottage 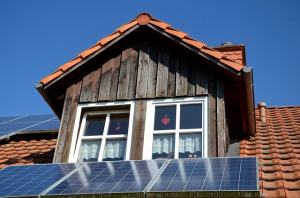 This is not a post about rich people now able to visit their second homes after the lockdown, instead, a revisit of the concepts of decentralized work being the new way of undertaking projects.

In 1980, Alvin Toffler’s book The Third Wave introduced the idea of “The Electronic Cottage” as the modern workplace where information technology allows more people to work from home or wherever they want. Toffler was a futurist and businessman who did not get the attention he deserved. Even though Accenture identified him as one of the most influential voices in business leaders (along with Bill Gates and Peter Drucker), we do not hear much about him.

When I was at university in the 1980s, we were required to read The Third Wave. At the time, I was more interested in learning about compiler design and database structures, but I read the book and the ideas stuck. Thinking back, The Third Wave, along with Zen and Art of Motorcycle Maintenace, are the only books from my entire degree that I still remember.

The First and Second Waves
The first wave was the agricultural revolution when hunter-gathers started farming and settled in villages.

The second wave was the industrial revolution, when cheap, non-renewable fossil fuel energy was used to leapfrog previous levels of productivity. This industrialization required mobility from the workforce, and people moved from villages into cities to work in mills and factories. This movement resulted in the end of the large multigenerational families rooted to the soil.

The “nuclear family” (of father, mother and a few children, with no burdening relatives) became the standard, socially approved model for industrial societies. Schools started emphasizing punctuality and rule-following to condition children for working in factories.

The Third Wave
The “third wave” is the information revolution. It is what Peter Drucker called the knowledge worker age. What set Toffler apart was his ability to see how the second industrial age must end and why the information age was inevitable in 1980, more than 10 years before the internet was invented (let alone became popular).

Toffler described factors that make the continuation of the second wave impossible, including: “The biosphere will no longer tolerate the industrial assault” and “Non-renewable energy sources are drying up (one of the hidden subsidies of the Second Wave).”

He went on to describe factors that made the third wave possible and inevitable. These included:

Here are a few things he said about this shift in working practices. The opening points are ideas from the book; the thoughts that follow are observations from today…

Observation from today: Recent work-from-home mandates have pushed even laggards of this technology to try it and work through the kinks. While everyone wishes for freedom to return, maybe we can capitalize on the positive aspects of working from home, or from a favorite café, or a pleasant, local co-working space?

Observation from today: Most organizations do not need to pay for any additional equipment since many people have high-speed internet and their own computers. People may currently have less-than-ideal working conditions with children being home from school, but once they return, do you want to go back to commuting with the associated cost and time drains?

Observation from today: Our current glimpse of homework and closer family relationships is artificial and lacking many of the benefits of being able to escape to the company of friends when we want to. The FIRE movement (Financial Independence, Retire Early) has already seen people reduce the number of hours they work, consume less and spend less on nonessential items like expensive commuting options. Few people have been talking about impacts on family, but the nuclear family might become a relic of the past.

Observation from today: We are seeing these shifts already. As I sit typing this from home, a 3D printer next to me is producing something (incredibly slowly) that my wife designed. Increasingly, we can create and customize products from home or locally within the community.

Observation from today: Incredibly, those words were written 40 years ago—they read like a modern description of emerging organizations. Just recently, PMI started talking about the triple bottom line (people, profit, planet). Organizations now revolve around the customer, and customer experience analysis is driving more diversification of products along with accelerating rates of change.

What this Means for Project Managers
The way we engage with teams is likely to be different in the future. For projects in the knowledge worker space (legal, marketing, sales, education, IT, research and development), having whole teams onsite will likely become a rarity. These roles can be done from the electronic cottage, whether that is someone’s home, a café or a community co-working center.

Work times for project work will likely relax, and family activities take a more influential focus. Industrial factories needed everyone in one location—at the same time—to function. Knowledge work does not; as project managers, we need to get used to that and accommodate for it. Maybe we need everyone to be available for core meetings, but outside of that, we let people work when they want to. As long as they meet their commitments, why does it matter when the work gets done?

The Future
Not all of Toffler’s predictions became true. He also suggested we would be growing a significant proportion of our food needs in the oceans. That might be possible, but we have not seen it happening yet.

The second wave of industrialization brought tremendous economic growth and technological development. Yet those brief 300 years were non-sustainable to the planet—and also ripped people from homes and family structures that had existed for 10,000 years previously. Nobody is suggesting we return to being farmers. Instead, do more creative work without the time and space constraints industrialized work demanded.

It seems the world of work is changing to meet Toffler’s predictions. Perhaps the social forecasts about a revival of putting down roots, staying in one place and returning to live with extended families will happen also. Recent events seem to be accelerating these trends, and I am optimistic about our future.

[Note: For more articles from Mike Griffiths, visit his blog at www.LeadingAnswers.com. Mike first wrote this article for ProjectManagement.com here]