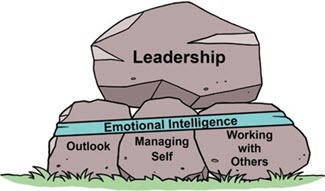 I am long overdue for posting to LeadingAnswers.com. I have been busy finishing the content and games over at PMillustrated.com. While explaining project management through cartoon animals is fun, I wanted to post some meatier content here.

This is the first in a multi-post series about emotional intelligence (EI) as the foundation for team leadership. The material comes from my Beyond Agile book and explains why a firm basis of EI is critical to becoming an effective Scrum Master, team lead, or project manager. This first post introduces EI and explains its significance.

Leadership and EI work together to create cohesive, cooperative teams. The two approaches support each other and enable organizations and team leaders to build teams that overcome problems and achieve amazing results. However, to understand these topics properly, we need to decompose the system, see how the parts fit together, then tackle them in a logical sequence, which may, from the outset, seem counterintuitive.

Emotional intelligence (EI) involves learning how to understand ourselves, which in turn helps us work well with other people. It concerns how to communicate, support, empower, and motivate people. It’s important to understand self first, because we are not going to motivate or empower anyone by being a bully, a jerk, or getting flustered.

So, while our end goal is effective leadership, which is like an electric motor that drives high-performing teams, we first need to understand that it is powered by EI—the electricity that powers the motor. For this reason, we will start with EI (which starts with ourselves) and then work up to powering the leadership engine. 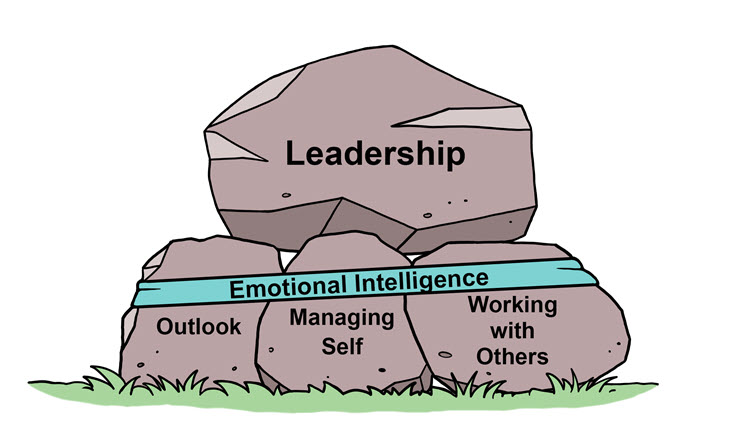 Why EI Is More Important than Intelligence Quotient (IQ)

To take advantage of our intelligence, our IQ, we first need good emotional intelligence EI. Regardless of how intelligent or gifted we are, if we turn others off with our offensive or abrasive behavior or cave in under minimal stress, no one will stick around long enough to notice our IQ.

A quick exercise to illustrate the importance of EI over IQ is to think of a mentor who has had a significant impact on your career. List five properties that made that person such a valuable influence for you. Now examine the list and categorize the properties as EQ or IQ related. Items such as caring about you, taking an interest in your development, and demonstrating integrity and honesty are all EQ factors. Items such as master strategist, guru-level coder/architect/statistician are more IQ based.

Chances are your most influential mentor used more EQ skills than IQ—they nearly always do. That is who we are trying to emulate. It will not happen overnight, but it is better to be on the right road, heading in the right direction, than totally unaware of the destination or direction to get there. In the June 21, 1999, issue of Fortune, cover story “Why CEOs Fail” reported that unsuccessful CEOs put strategy before people issues, while the most successful CEOs used integrity, people acumen, assertiveness, effective communication, and trust-building behavior. Projects are like mini organizations and the same skills apply.

Team leaders rarely struggle with core competencies in planning, change management, or reporting, yet they often struggle with communications, failing to see other people’s perspectives, and understanding the impacts of their actions.

The term emotional intelligence needs a makeover, a rebranding. The word emotion has too many negative connotations, unbefitting for the rocket fuel, the “secret sauce” that it really is. It should have a cool, powerful name like “results multiplier”, “smarts accelerator”, or “team unifier” because that is really what it does.

However, we have inherited the term emotional intelligence and it seems to be sticking around for now. That is a shame because too many people avoid it and instead stumble around researching motivation and conflict-resolution topics, hoping to get better at dealing with people, when everything they are looking for is laid out for them in the domain of EI.

So, get over any notions you may have about it being soft or too feminine to apply to your projects. If your project involves people in any way, understanding EI will improve your results. The good news is that unlike mathematical, logic, and language intelligence, which are measured in IQ tests and usually peak around age eighteen, EI develops more slowly and typically does not peak until our forties or fifties.

<To read more about EI and its relationship to effective leadership look out for the remaining posts in this series, or get the book Beyond Agile for the complete picture and supporting detail.> 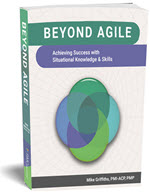