<This is post 3 in a multi-post series about EI and leadership taken from my book Beyond Agile. Check out Post 1 and Post 2 first if you have not seen them. In this article, we will dive into personal growth and the power of discovering the space between stimulus and response.>

The precursor to Goleman’s EQ and Bar-On’s EQ-i models was created by John Mayer and Peter Salovey, who published their research in 1990. The Mayer and Salovey model extends the maturing idea we looked at in post #2 and adds layers of sophistication. It is called the Four-Branch model because it describes four branches of emotional skills, going down the table vertically in terms of sophistication and maturity, and moving from left to right horizontally as a timeline from childhood to adulthood. 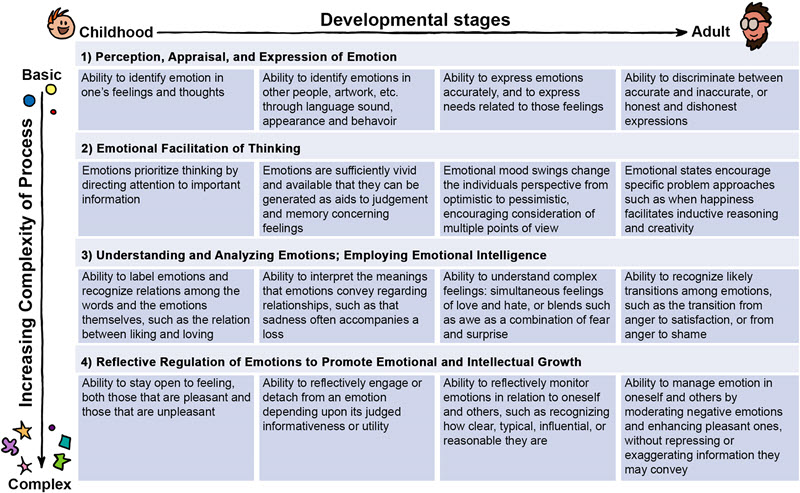